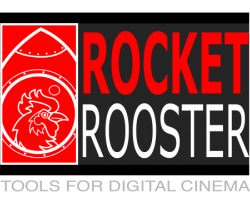 The Rocket Rooster Canon LUTs are a cool set of 100 LUTs for Canon C-Log 1,2,3, Linear and Cinestyle that make is quick and easy to get great filmic results. These LUTs are designed to help you work fast, get professional results, affordably and effectively.
Buy now

Check out the Rocket Rooster DJI Looks. A set of 25 Cinematic looks for D-Log and Linear DJI footage. This is a great way to get your DJI drone or Osmo footage looking great in just a few clicks!
Buy now

Check out the new Slog Looks for Sony cameras. Choose from over 90 LUTs with 30 core cinematic looks for Slog 1, 2 and 3.  Also included in the pack is a set of LOT to linear conversion LUTs.
Buy now

Check out the Rocket Rooster Blackmagic Looks, a cool new pack featuring 30 cinematic looks for Blackmagic cameras. The pack supports all BM camera sensors; URSA 4.6k, Cinema Camera/Pocket/Micro 2k and the Production Camera/URSA 4K.
Buy now
The New Rocket Rooster GH4 Log Looks, the quickest and easiest way to get great looking Vlog-L and Cinelike D footage every time.
Choose from over 150 LUTs with looks based on Hollywood blockbusters, Cinema film stocks, alternative looks and classic monochromes. The pack can be used in most NLEs and grading software and is compatible with both the GH4 and GH4R.
Buy now